A top and some blocks

In my last post I had somehow managed to start a St Louis 16 Patch quilt, well it's now a finished top! 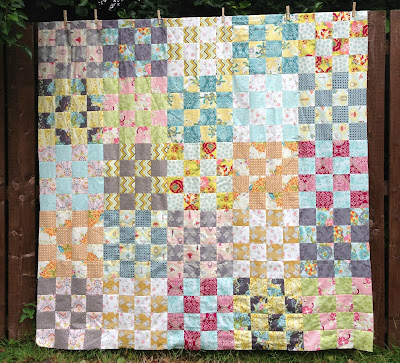 the 20 blocks I had already made became 25 and now I have a 70" square quilt top. I was very tempted to go bigger, but the kids have announced they need another quilt for the living room. Apparently this is for them and they have proclaimed it the perfect size as it is. I've already decided how I'm going to quilt it and now I just need to find some backing fabric. 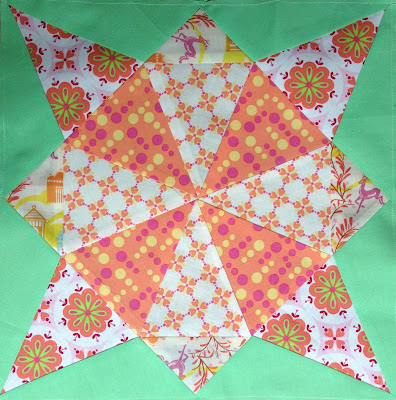 I managed to get my Brit Bee blocks for June finished. I wasn't too happy with the first one. It looked much better in my head. The block itself is beautiful. It's called Whirling Star by Faith at Fresh Lemons, but my fabric choices really didn't do the block justice. 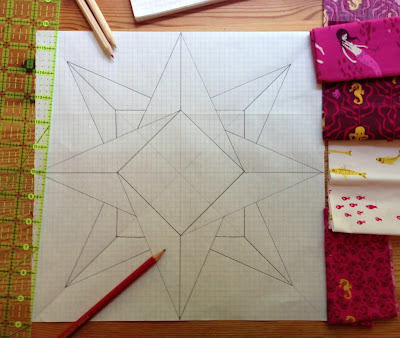 So I decided to draw my own block for the second one, and planned my fabrics a bit better 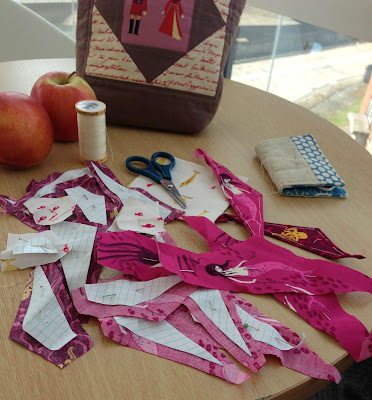 I spent some time over the weekend stitching and now it looks like this. 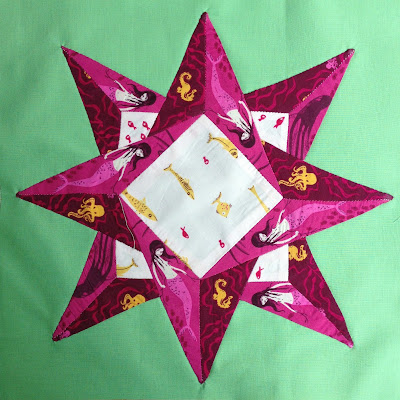 I decided to applique it to the background fabric and it turned out to be a bit of a nightmare to get those points tucked in! Seams meeting at a sharp point like that do not make for easy applique! I really need to remember that!