do.Good Stitches in the UK


I'm just popping in here quickly to let you know that Rachel of Stitched in Color is forming a new circle of do.Good Stitches that will be based in the UK.

I've been involved with do.Good Stitches for more than 2 years now and I think it's a great way to do a little bit for some very worthy causes. I've got to know some lovely people in the time I've been in the Joy Circle and we've made some beautiful quilts that have hopefully brought a bit of comfort when it's needed.

If anybody is interested in finding out more you can visit the main Flickr group here, or have a look at this blog post from Rachel last year. Rachel is looking for active Flickr-users who enjoy a modern quilt style.  Those that are interested can register here.

I think a UK based circle is brilliant, as we can keep postage costs down and make quilts that will be donated to local communities. If anybody has any questions about it, I will do my best to answer :)

PS. Thanks for all the lovely comments on my last post! I haven't replied to any of you yet, but I will :) 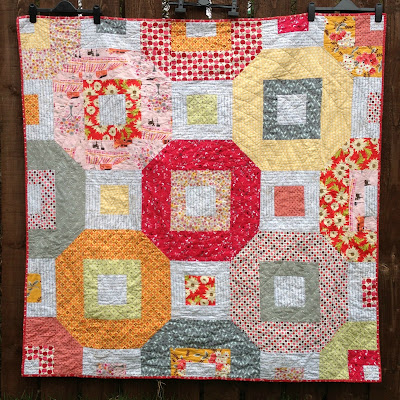 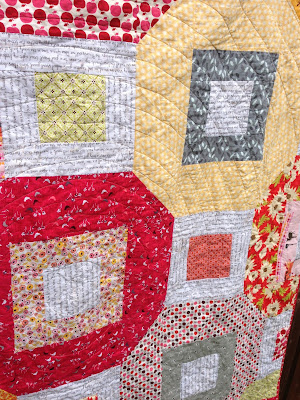 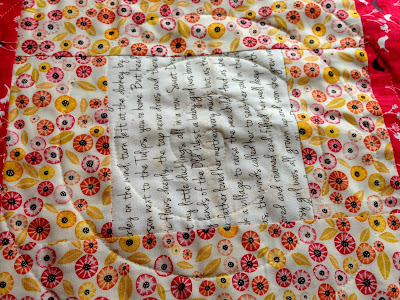 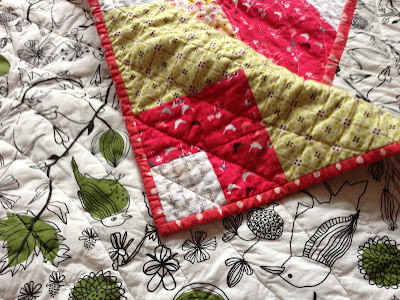 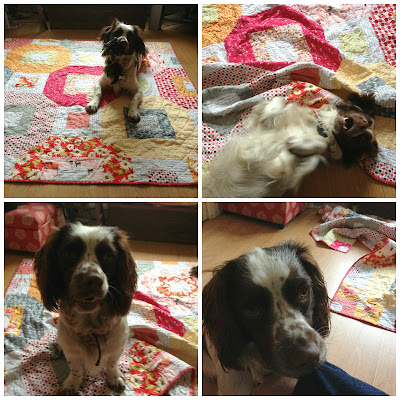 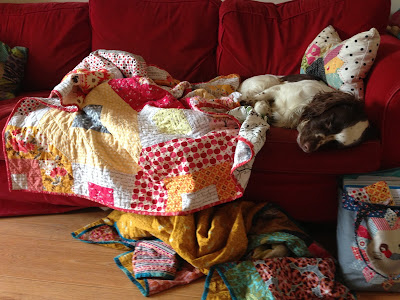 Stitch Gathering Tickets are on Sale! 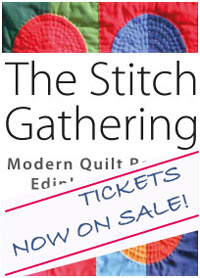 Tickets have gone on sale today for The Stitch Gathering Retreat in Edinburgh on 25th August this summer!

The Stitch Gathering is a day-long retreat being organised by the lovely Jo from Bearpaw blog and owner of the beautiful shop Avery Homestore.

There are going to be some fantastic workshops, being taught by Jo and some other talented bloggers. I'm going to be teaching a class on Simple Jelly Roll Quilts - Eeeek! and Jo has organised a whole host of activities including swaps, goody bags, lunch and discounted shopping! Tickets cost £95 and there are 65 available.

You can find out more, register your interest and now buy a ticket on The Stitch Gathering website

I'm already so excited about a lovely day of sewing, socialising and shopping! If you're going, I'll see you there!

What's a girl supposed to do when she knows she should be studying, but just wants to sew?! 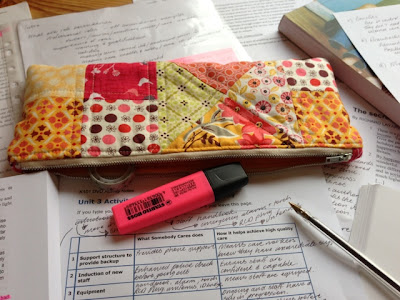 PS Thanks for all your lovely comments on my last post. I will reply, but I'm supposed to be studying ;)

When Lindsey of LR Stitched announced she was running the Orbit QAL I fell in love with the pattern! I think it's the perfect pattern for showing off large scale prints and decided it was the perfect time to use my much loved Madrona Road fabric. 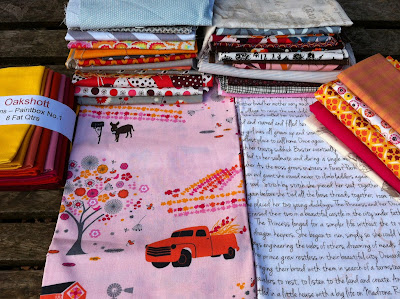 I pulled this bundle ages ago and planned to make an Autumnal quilt but suddenly it's almost spring and I wasn't feeling very autumnal any more ;) 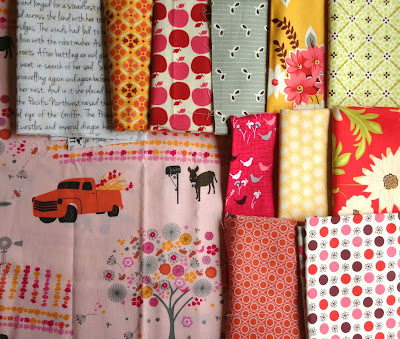 I pulled out the browns and tried to make it a bit more fresh and this is what I can up with. The donkey Madrona Road print reminds me of an orchard so I tried to go for colours that made me think of apples. 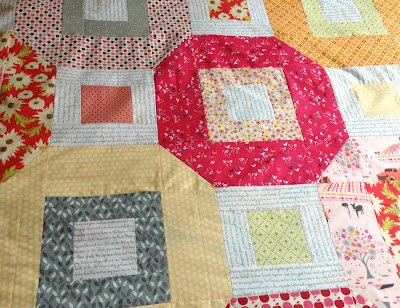 I had a bit of a hard day yesterday and decided that chain piecing was the way forward. I got the quilt top finished off this morning and I'm completely in love! I really wish I'd made it bigger, but it was my last few scraps of a couple of those fabrics and I don't have enough to go bigger. Funnily the Madrona Road fabric is kind of lost and doesn't look as good as I thought it would, but that's okay. 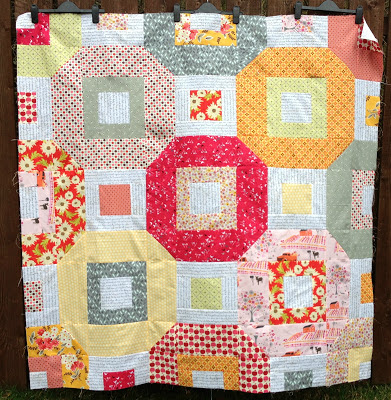 It's a good size for snuggling at about 60" square, and is the perfect pattern for a quick feel-better quilt. I think from cutting to finished quilt top it took me 5 or 6 hours. It was a really good way to bring a little bit of comfort into a horrible day.

Now I'm planning how to quilt it :)

So it seems I have a new obsession...

And that would be trying to free motion quilt! This fabric is Carnaby Street by Pat Bravo for Art Gallery Fabrics and it's just gorgeous! 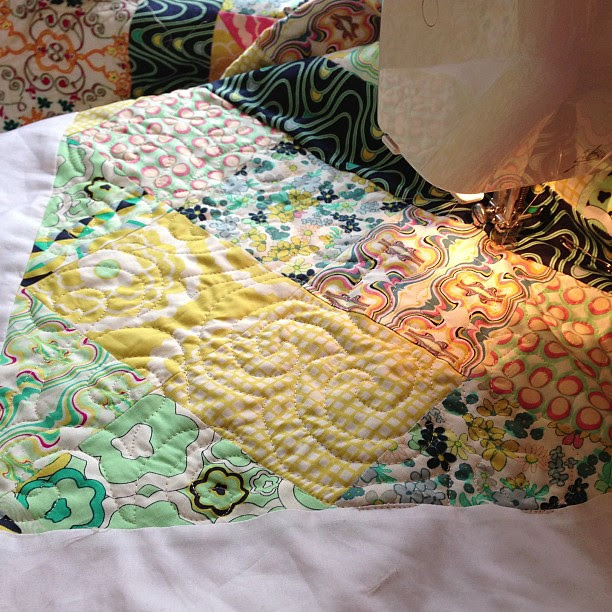 I'm on a roll and I'm really enjoying myself, but there are hungry children to feed and work to go to, so I'll have to leave it until tomorrow 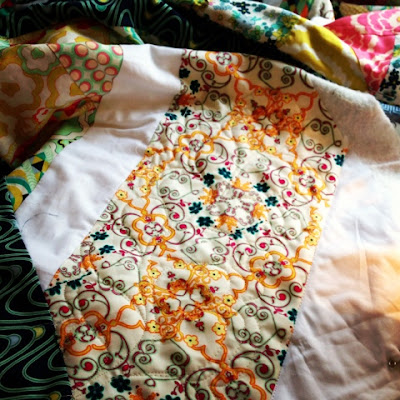 Hope you're having a good Tuesday!
Fiona x 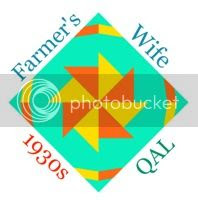